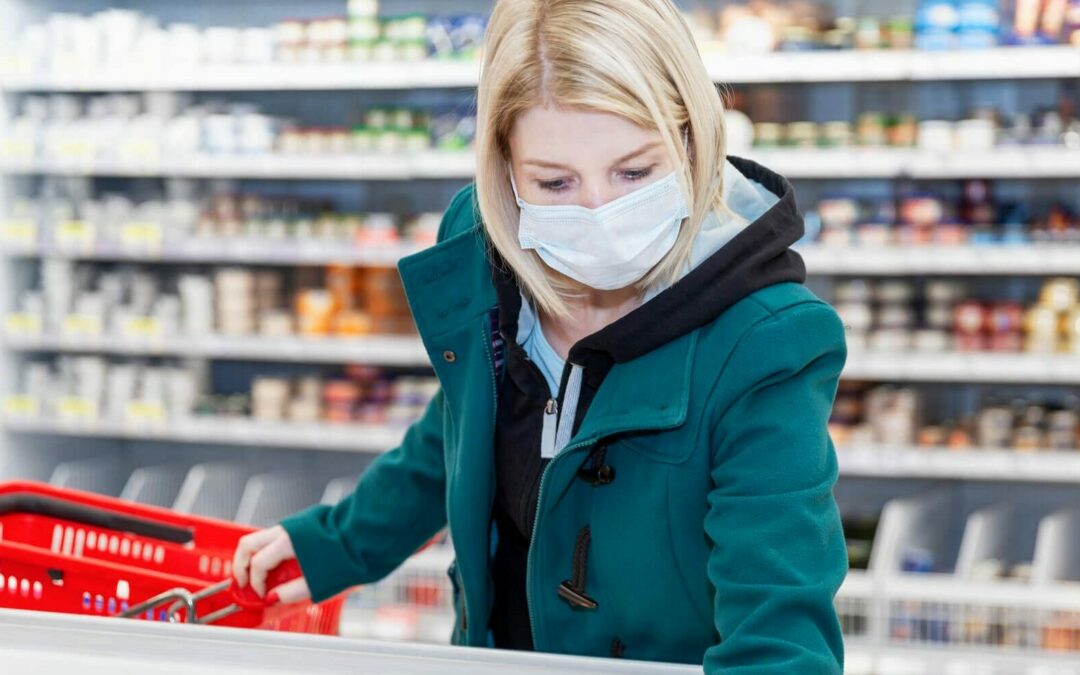 In the last decade, we’ve seen some of the most severe outbreaks of contagious diseases and illnesses around the world. Between swine flu, COVID-19, and the ever-rising levels of severity of each flu season, it’s crucial to equip public spaces appropriately with protective measures like sneeze guards.

Sneeze guards aren’t a new tool either. In fact, protective barriers have been a staple in foodservice, especially at locations like buffets, since 1959, when a germaphobe restaurant-owner created the original sneeze guard prototype.

Aside from restaurants and grocery stores, many other industries utilize sneeze guards during cold and flu season to help customers stay safe and healthy throughout their shopping experience. Other places where you might find sneeze guards include:

Transparent sneeze guards are a vital tool to keep public spaces clean, safe, and healthy during cold and flu season or when other outbreaks of contagious illnesses occur.

The way sneeze guards work is quite simple; each plexiglass shield provides a barrier that blocks bodily fluids and infected airborne particles from entering the airspace between two people.

Sneeze guards reduce cross-contamination between food and condiments at self-serve stations, buffets, and deli lines in a grocery store. The transparent shields effectively minimize contact between open food, employees, and customers in grocery stores and beyond.

Grocery store employees are essential workers, and they need to be able to communicate clearly with customers and the general public. Plexiglass sneeze guards are made with a transparent material, so it’s easy for workers to talk, show emotion, and convey body language while communicating with customers.

Another great thing about sneeze guards is that they are made from one of the most durable materials available: plexiglass. Also known as acrylic, plexiglass is an extremely tough material that is lightweight, flexible, and fully shatterproof.

Accidents are bound to happen just about anywhere, including the grocery store, so when one arises, you’ll be happy to know that your sneeze guards can stand up to the test. Falls and strikes will have little to no effect on the sneeze guard’s surface, save for maybe a few small scratches. If someone falls into or touches a sneeze guard, the sneeze guard cleaning process is incredibly straightforward.

One of the most essential elements of  sneeze guards for grocery stores is the “pass-through.” This simple aspect of sneeze guards is a crucial component of smooth communication and cash transactions.

Pass-throughs are a small opening in the bottom of the transparent sneeze guard partition that allows employees to easily transfer paper money, credit cards, and receipts from the register to the customer safely and efficiently. For safe food shopping, every grocery store needs sneeze guards with pass-throughs.

Picking the Perfect Sneeze Guards for Your Grocery Store

Public concern over ever-increasing rates of the flu and other contagious illnesses has grocery stores clamoring to find a suitable answer for health and safety. Sneeze guards allow your customers to peruse the grocery store aisles while feeling safe and at ease.

Plexiglass sneeze guards are effective in preventing the spread of contagious illnesses. The durable partitions block airborne particles before they can travel between customer and employee. Not only are sneeze guards essential for protecting daily shoppers’ health, but they’re also necessary to minimize employee health impacts. Grocery store workers are essential workers, and store owners must take steps to ensure that they can remain safe and healthy through the duration of their shifts.

Wait, Before You Go!

Use code "DealerSample" at checkout for free sample products and shipping on brackets.