We help equip offices around the country with sneeze guard barriers to keep staff protected throughout the workday. While many employees are expected to work from home, countless businesses have gone back to work, implementing safe social distancing measures, health protocols, and PPE equipment to keep everyone safe.

What’s the best way for your office to prevent the spread of respiratory droplets without hampering a collaborative and interactive environment?

We believe the most flexible, affordable, and effective way to protect staff in the office from the spread of respiratory droplets is with sneeze guard barriers. Here at Sneeze GuardEZ, we craft our products right here in the USA for superior quality — every time. Discover why sneeze guards are the best defense for your office today. 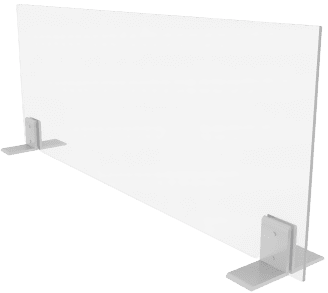 How Do Sneeze Guards Work? 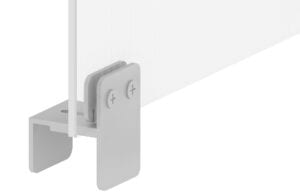 Using only a screwdriver, you can install these brushed aluminum panel extenders in minutes!

Sneeze guards aren’t very complicated, but that doesn’t mean they aren’t effective. Because respiratory droplets are expelled whenever we breathe, speak, cough, or sneeze — the best defense is a physical barrier. Sneeze guards prevent stop respiratory droplets in their tracks, preventing them from reaching other people. More often than not, offices are a congested place. Whether it’s reception or bullpens filled with cubicles or open-concept desk areas, people are typically close together. Throughout the day, this makes work areas a high-risk environment, especially with COVID-19.

That’s where the sneeze guards go to work.

Most offices have a reception area for waiting guests, salespeople, or other visitors. Receptionists or secretaries need to communicate safely with people from the moment they walk in the door, as this is an important first impression for your office. Sneeze guards can be easily installed onto countertops to keep both the staff and visitors safe while also issuing peace of mind.

Made from plexiglass or polycarbonate with aluminum basing, our USA-made reception sneeze guards are built to last, and they’re affordable. 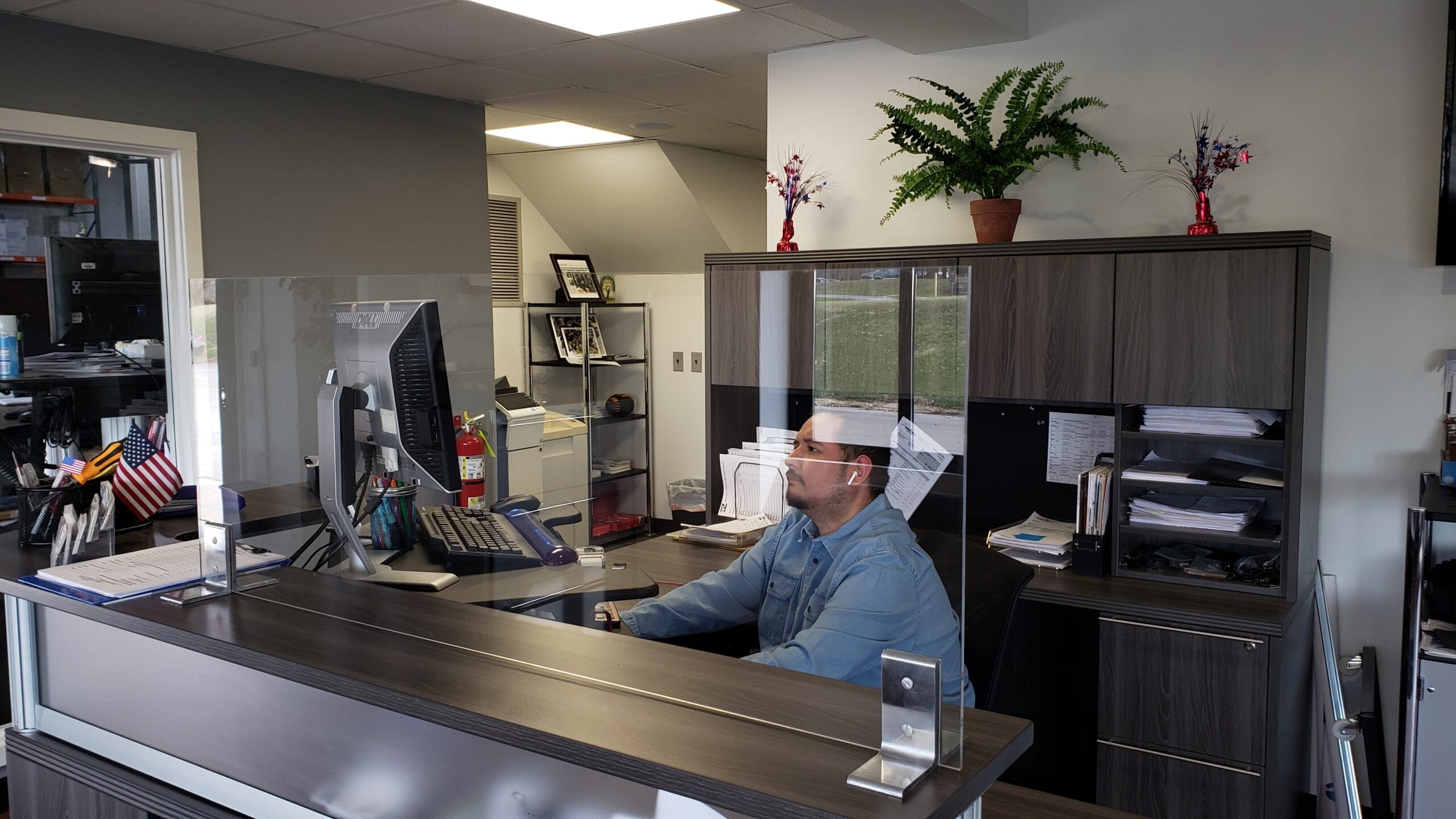 While cubicles do a pretty good job of preventing the spread of respiratory droplets, they lack the transparency needed for face-to-face communication. So, most workers will swivel their chairs into the opening or stand up in their cubicle to speak to their neighbor or fellow staff member. Unfortunately, this leaves your team unprotected and at risk for contagion.

That’s why we offer sneeze guard cubicle extenders that are super easy to install and won’t damage your cubicles. These extenders give you some much needed added protection at the top of your cubicles that’s transparent, giving you the collaborative environment you need for day to day operations.

Our extenders work on a ton of popular cubicle systems, including: 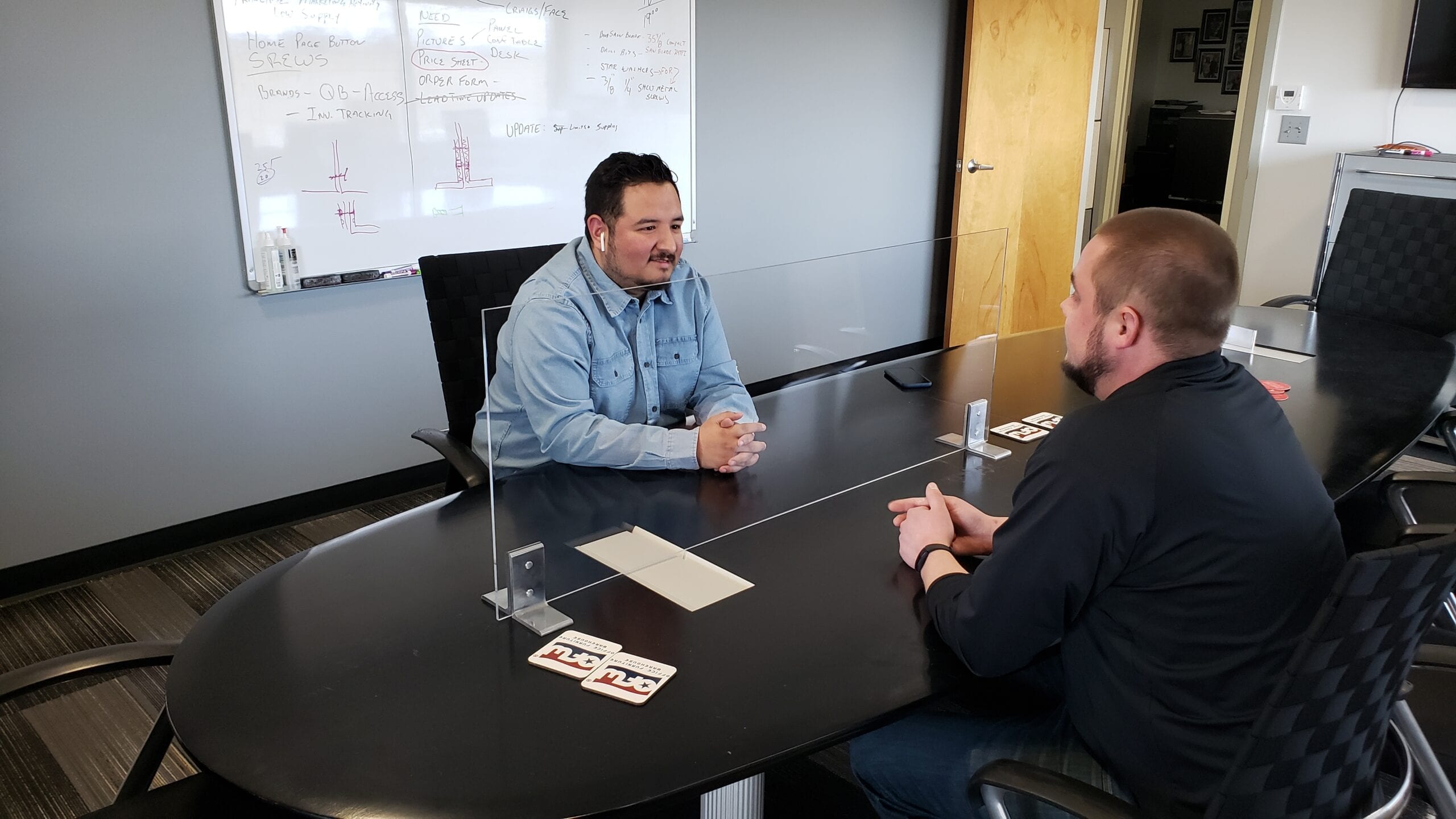 Many offices have adopted a more open-concept, where desks pods are scattered throughout the office. While these are great for collaboration and team comradery, they’re not so great during COVID-19. Our desktop sneeze guards are easy to install, preserving office interaction and team synergy while also keeping everyone safe from the spread of respiratory droplets.

View Some of our most popular items!

We give offices the flexibility and freedom they need with a ton of incredible sneeze guard options. Every one of our protective solutions is easy to install, no expensive tools or fancy equipment needed. Plus, every sneeze guard barrier from Sneeze GuardEZ is crafted by our team of extraordinary engineers, designers, programmers, and fabricators. Whether it’s non-slide pads for countertop and desk options — or simple adjustability from our hanging solutions, our barriers have it all.

Our brackets give you optimal flexibility and convenience when it comes to sneeze guards for your office. We offer two-way, three-way, and even four-way extender terminals to house sneeze guard barriers — along with desk clamps and adjustable brackets. We also offer freestanding stands with 3M VHB Aircraft-grade backings for the best adherence on the market.

If your office needs something unique, we can help! Sneeze GuardEZ offers custom sneeze guard barriers to fit your exact needs. We’ll work with you to plan, design, and craft the perfect solution for your office space.

Our team of CNC programmers, designers, engineers, and metal fabricators have made some truly awesome creations over the years, exceeding our customer’s expectations every time.

Our Commitment to Quality

We’ve become the nation’s leading sneeze guard company through incredible service and unparalleled quality. Offices around the country trust our name and products because they know we go the extra mile to ensure that they’re built to last, easy to install, and super affordable.

Give your employees the protection they deserve throughout the workday with sneeze guard solutions. While COVID-19 may have put a wrench in “business as usual,” that doesn’t mean operations need to stop. Instead, keep progress rolling by installing sneeze guard barriers where you need them most.

Our diverse range of protective barriers will help prevent the spread of respiratory droplets anywhere they’re installed for unparalleled protection at an affordable price.

Does your office need protection? Shop now to get started!

Questions? Shoot us a message!